Life is too short to learn German? 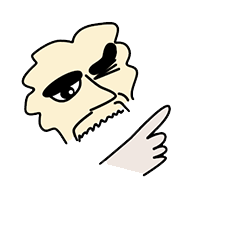 „A person who has not studied German can form no idea of what a perplexing language it is. Surely there is not another language that is so slip-shod and systemless, and so slippery and elusive to the grasp. … [If German] is to remain as it is, it ought to be gently and reverently set aside among the dead languages, for only the dead have time to learn it.“

„Life is too short to learn German!”

These two rather pessimistic gentlemen...

refer to German grammar. They mainly talk about the following aspects:

There are three articles – masculine, feminine and neutral – which are declined in four cases.

This is no reason to panic. I can explain it to you!

The second interesting point in the German language is the so-called “Satzklammer”, or “sentence bracket”.

In many sentences the verb – which tells us what the protagonist is doing – is located at the end.

Thus, it’s extremely important to read or listen until the end of the sentence, so you know, for example, if someone has bought, sold, seen or stolen a car.

But not to worry – with a little practice, you’ll soon get the hang of it!

Is life too short to learn German?

There's a lot to discover, especially in a German course for beginners. ...

A magic dwells in each beginning and
protecting us it tells us how to live
High purposed we shall traverse realm on realm,

cleaving to none as to a home,
the world of spirit wishes not to fetter us
but raise us higher, step by step.

This sentence certainly applies to your plans to learn German!